Purpose of Building: Office building with some retail

Richard Snell, from Clinton Illinois, was the original owner of both the Snell Building and the Boston Centre, both located at 805 and 809 Central Avenue in downtown Fort Dodge. He received the land on which both buildings are located from his father, Thomas Snell, who owned it when it was originally platted in 1856. 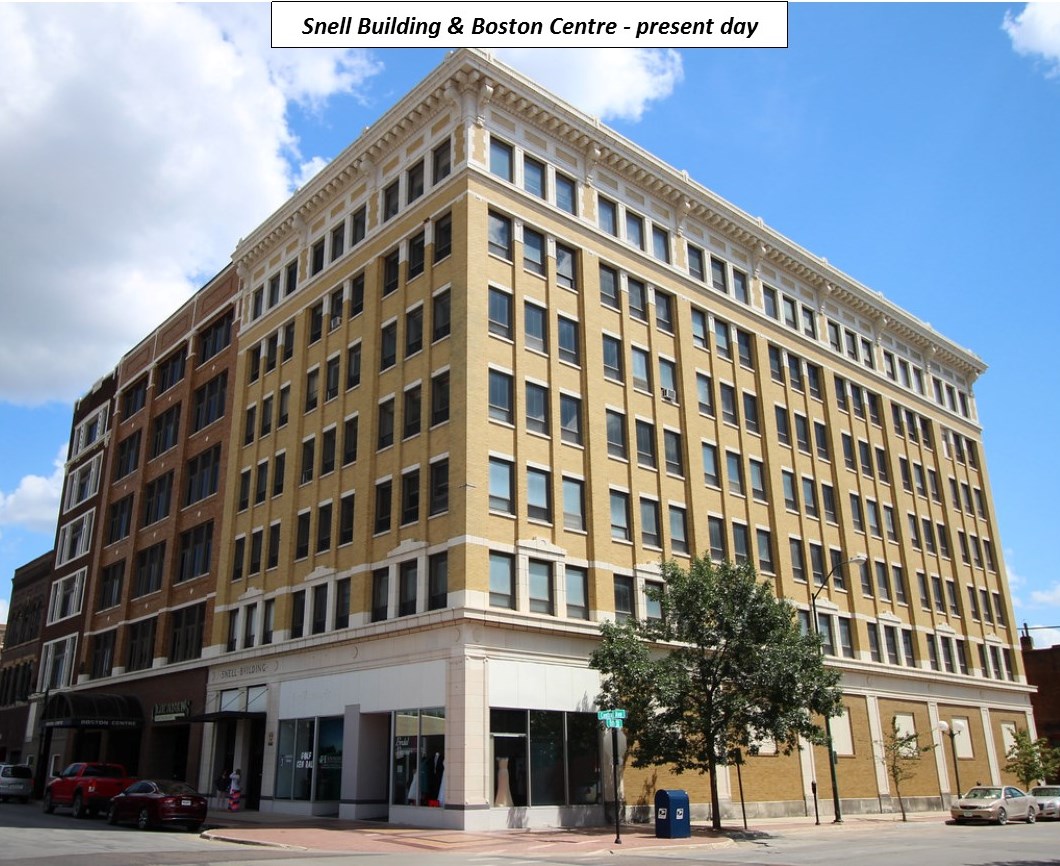 Although the two buildings differed in size, appearance and function, they were both part of the same investment project for Snell. Both buildings were constructed at the same time, however the building for the Boston Store was completed first and had its formal opening in September of 1914, while the Snell Building was completed in January of 1915.

The Snell Building, at 805 Central Avenue, was seven stories tall and Fort Dodge’s first “skyscraper.” The ground level was occupied by First National Bank and the Charles A. Brown clothing store; the remaining floors had over 150 rooms for various offices.